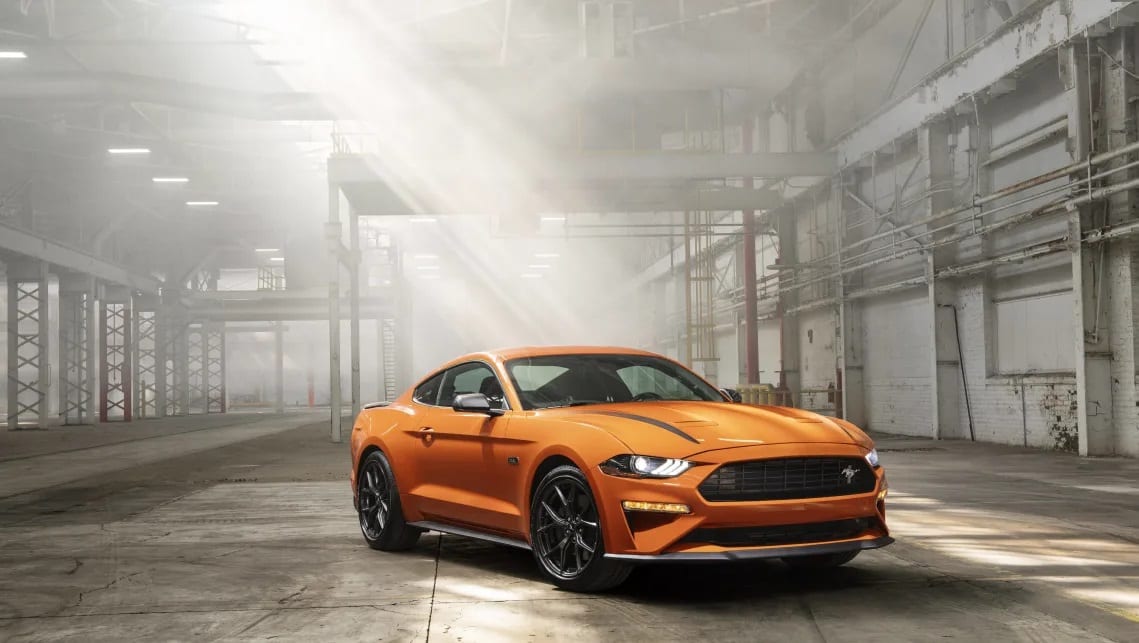 Ford introduces an even more capable performance built turbocharged power-train, unique styling and cabin treatments. The 2.3L High Performance model is sure to satisfy the Australian customers’ appetite for a unique performance version to alongside the 5.0 L V8 Mustangs GT.

Get Ready For One Powered Up Pony

Ford Australia has confirmed the 2020 Mustang will join the Australian line-up in February 2020. With even more power and torque, added features, and styling from the Mustang GT, the MY2020 is a significant step up from its predecessor and is geared to take the reins from the EcoBoost.

With 236kW at 6200rpm and 448Nm of torque at 3800rpm, the 2020 new Mustang is set to become the fastest four-cylinder Mustang ever and features upgraded handling components from the Mustang GT Performance Package including a thicker 32mm front stabiliser and 24mm rear stabiliser bar. With a high-performance had and an aluminium alloy block, the turbocharged Mustang’s power plant contributes to a well-balanced 53/47 front-to-rear weight distribution.

In addition to upgraded power and handling, the new rev-happy engine is paired with a traditional six-speed manual or an advanced 10-speed paddle shift automatic. If that isn’t impressive enough, Ford also shortened gear ratios for both manual and automatic variants to further improve agility and driver engagement. On premium fuel, you can expect 0-60 times in the mid four second range.

According to Ford, the 2020 Ford Mustang Turbo is “the highest output for a road-going production Mustang four-cylinder in history” thanks to the 63mm twin-scroll turbocharger borrowed from its smaller sibling, the 257kW Ford Focus RS.

With the new blower, drivers will enjoy even more power (90% of peak torque between 2500 – 5300RPM), and expect horsepower to hold up to 6500RPM. The broader torque curve brings greater driveability, engine flexibility and point-to-point capability enabling more usable power and torque for enthusiasts and weekend drivers to enjoy. If one thing is for certain, the smaller 4 cylinder mustang is anything but a pony.

Not only is the MY2020 quicker than ever before, but “The High Performance 2.3L helps extend Mustang’s already broad appeal,” said Kay Hart, Ford Australia and New Zealand President and CEO. “With distinctive looks, increased equipment level and bold colour choices, the turbocharged model is a welcome addition to the line-up, bringing freshness to the range while still being pure Mustang.”

The new High Performance line up comes in four fresh new colours and enhances the Mustang’s already enviable kerb appeal. Accompanying the classic colours are, “Rapid Red”, “Iconic Silver”, “Twister Orange”, and “Grabber Lime”. Not only do the new paint schemes build on a tradition of heritage paintwork, but they also bring richness to the Mustang’s classic colours. In addition to new colours, the MY20 line-up is offered in a convertible body and fastback style, and is distinguished by unique visual design elements including with a new front grille, the GT’s aggressive front splitter, Magnetic mirror caps and bonnet spears. In addition to stand-alone badging, the Fastback model comes standard with a new Magnetic lip spoiler. Both models will also feature unique badging, staggered (9” front and 9.5” rear) 19-inch alloy wheels wrapped in Pirelli P Zero Corsa tyres, and powerful Brembo brakes with red front calipers for on-demand stopping power. We’re certain that when you’re not turning heads, you’ll be leaving other drivers (on a track of course) in the dust.

A Perfect Combination of Performance and Safety

Visit Our Ford Dealership in Adelaide

We’ve been in Adelaide for more than 55 years, and our friends and neighbours can attest to our continual honest and hard work. Keep your eyes and ears open for more updates on the 2020 Ford Mustang, and test drive at Rebel Ford soon.

Previous
Back to Blog
Next