How Does Ford’s EcoBoost Engine Work? 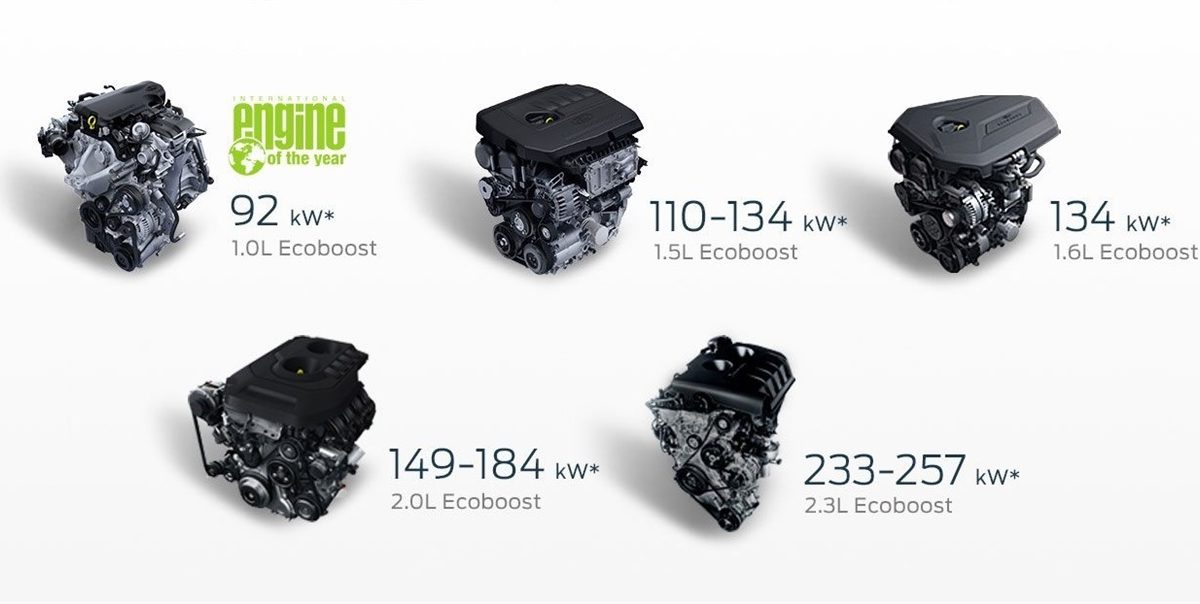 Ford’s latest EcoBoost engine delivers up to 20% better fuel economy than its larger counterparts while still providing the world-renowned performance you expect from the legendary company.

Multiple Engines To Choose From

With nearly all Ford models offering an EcoBoost variant, there are many options available to cater to what you’re looking for. There are also many options for engine size depending on the power you’re expecting, ranging from the 1.0L EcoBoost that produces 92 kW of power, the 1.5L producing 110-134 kW, as well as the 2.0 packing 149-184kW, and finally the top of the line 2.3L EcoBoost producing a whopping 233-257kW.

It’s a trifecta of cutting edge applied science that helped create the state-of-the-art EcoBoost system, all coordinated with advanced software that ensures everything runs without a hitch. It all starts with direct injection, a high-pressure fuel system that injects fuel directly into the combustion chamber, monitors how much fuel is needed at any given time and then applies a cooling mechanism to the charge to allow for higher compression ratios.

It’s essentially a less complicated fuel injection process compared to a typical fuel injection, which uses an extra step known as the intake tract for fuel injection. To put it simply, direct injection allows for leaps in fuel efficiency while achieving more power than would be possible with a port-injected engine, in some cases even one much larger such as a V8.

The second piece of the puzzle is Variable Camshaft Timing, which allows the EcoBoost engines to control the intake and exhaust valves to match changes in engine speed and load with unmatched accuracy. On top of improved fuel economy, it also means the engine releases less exhaust emissions and produces increased low-end engine torque, especially when compared to larger conventional engines you may be used to in the old-school Ford lineup.

Finally, the EcoBoost engines are significantly smaller and lighter than conventional engines. Fewer cylinders results in less friction and a massive preservation of energy. But there are two things that let these smaller, more buoyant engines pack the punch of a much larger engine – direct injection, which we touched upon, and turbocharging, a hallmark of the EcoBoost engines.

Turbocharged engines use a mechanism that forces in more air than a conventional engine, resulting in more power. In fact, some countries use the word “boost” instead of “turbo” – hence the EcoBoost name, because one of the key selling features of turbocharging is that it adds substantial power without a huge hit in gas mileage. It’s a significant departure from simply making an engine bigger and with more cylinders, which consumes more fuel – and hurts your mileage.

Not convinced? Don’t take our word for it. The Ford EcoBoost line of engines has won the equivalent of eight engine “Oscars”, include winning International Engine of the Year’s best engine overall three times, best engine under 1.0L four times, and best new engine in 2012.

The Best of Both Worlds

With a boost of power and acceleration and impressive gas mileage, and the thrilling power of a turbocharged engine, Ford’s EcoBoost engines offer truly the best of both power and fuel efficiency.

Previous
Back to Blog
Next